The Country-Rib Pork Loin Roast stands out as one of our favorite cuts, a sentiment shared by our restaurant and farmer partners alike. In fact it is sometimes referred to as the farmer’s cut. Famed New York Times food critic Frank Bruni named the Country-Rib Chop at Vinegar Hill House one of the best dishes he’s ever eaten, earning his “attention, respect and love.”

The Country-Rib Pork Loin Roast is a 4-rib rack that separates the shoulder from the loin and therefore has characteristics of both. It can be sliced into chops and grilled, slowly braised like a shoulder roast, or roasted in the oven.

2. Season liberally with salt and pepper on all sides and place in a roasting pan lined with a rack and cook at 450°F for 15-20 minutes to create a golden-brown crust.

3. Lower the oven temperature to 250°F and cook for an additional 45 minutes to

1 hour per pound. Cook until the meat is tender and pulls back from the bone.

4. Remove the roast from the oven and allow to cool for at least 10-15 minutes. For tacos, le uce wraps, or sandwiches, shred the meat and crisp in a pan. Season or add sauce before enjoying with your favorite accompaniments.

1. Take the meat out of the refrigerator an hour prior to slicing into chops.

4. Add a tablespoon of oil and sear chops for 3-9 minutes on each side depending on their size. For pieces with a fat cap, try to render the fat on its edge for an additional few minutes. For the final 3-5 minutes of cooking, add a few knobs of butter to the pan along with a clove of garlic and 2-3 sprigs of thyme, sage, or rosemary and baste. Cook to an internal temperature of 135-145°F as the temperature will rise after leaving the oven.

1. Season both sides generously with salt and pepper at least one hour before braising and let the roast come to room temperature.

2. Sear all sides of the Country-Ribs in an oven safe pan.

3. Pour a shallow layer of liquid — wine or stock — into the pan, enough to partially submerge the roast.

4. Cook for approximately 40 minutes per pound at 300°F.  The goal is to cook the roast until it is tender and falling off the bone. Check early and often.

5. Rest roast for 20 minutes to allow the redistribution of its juices. 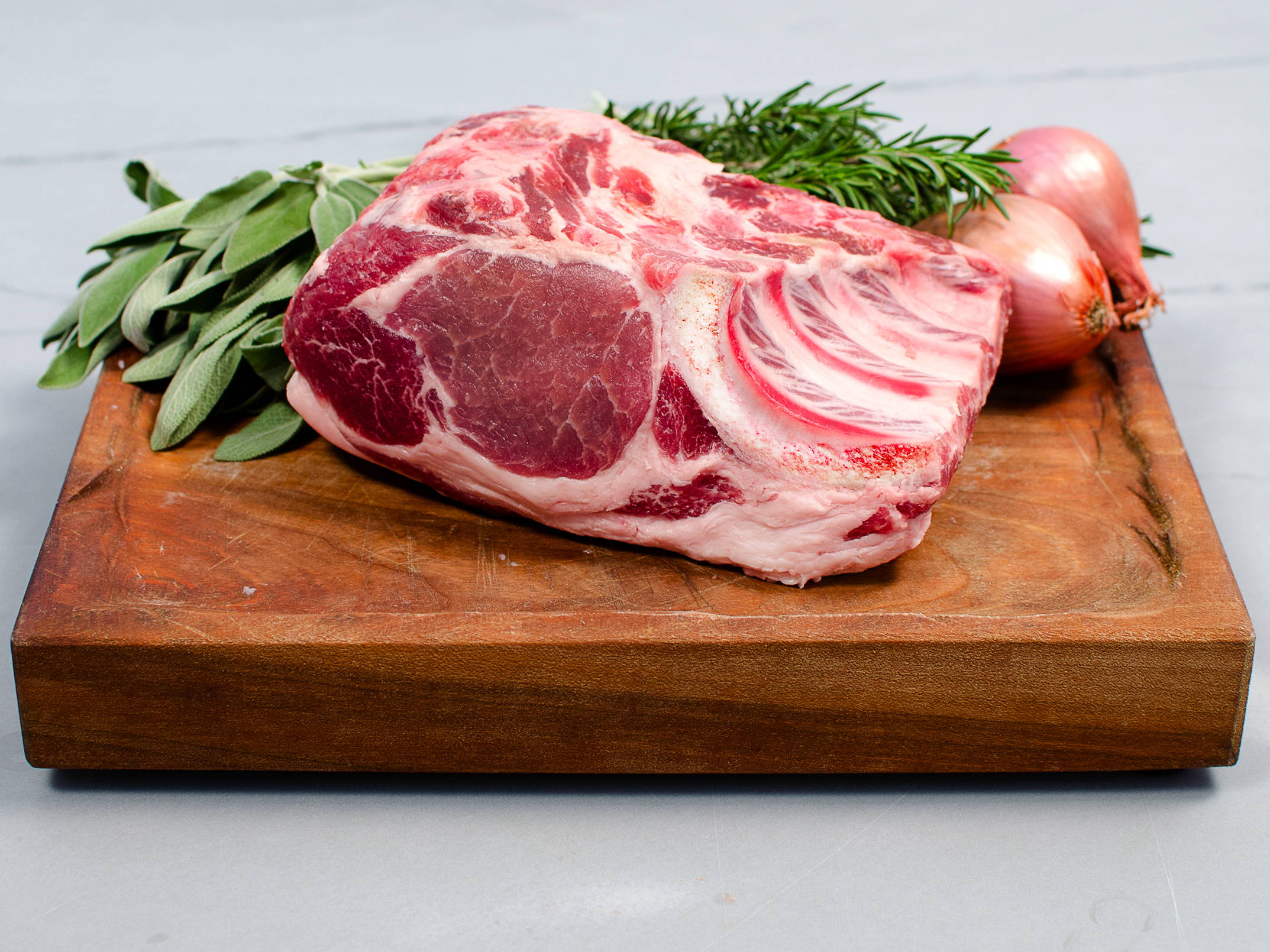